The paper begins by defining and exploring the nature of swaps and the different types of swaps. Swaps are contractual agreements between two parties to exchange future cash flows on pre-determined dates over a specified period (i.e. until the swap matures). Technically, a swap can be defined as a bilateral contractual agreement in which both parties agree to simultaneously make periodic payments in exchange for two different streams of cash flow. Swaps are specifically tailored to the needs of both parties entering into them. As such, they are not traded on an exchange, but instead are traded ‘over the counter’ (OTC). Brokers – either independent or divisions of investment banks – provide live, tradable price quotes for a wide range of swaps.

In a cross-currency swap, the parties involved agree under contract to exchange the following: the principal amount of a loan in one currency and the interest applicable on it during a specified period of time for a corresponding amount and applicable interest in a second currency. Currency swaps are off-balance sheet transactions in which two parties exchange principal and interest in different currencies. A currency swap is similar to an interest rate swap, except that in a currency swap, there is often an exchange of principal, while in an interest rate swap, the principal does not change hands. In currency swaps, on the trade date, the counter parties exchange notional amounts in the two currencies. For example, one party receives $10 million British pounds (GBP), while the other receives $14 million U.S. dollars (USD).  This implies a GBP/USD exchange rate of 1.4. At the end of the agreement, they will swap again using the same exchange rate, closing out the deal.

In exploring the Shariah non-compliant status, the paper finds multiple issues with swaps which breach Shariah principles and make swaps non-compliant financial instruments. These include Riba, prohibited trading of currencies and Gharar.

Swaps and especially cross-currency swaps incorporate Riba in their contracts. In cross-currency swaps, the contracting parties exchange interest rates in different currencies at different intervals across the life of the transaction. This results in currency exchanges which are not deferred and staggered. The exchange of cash flows at different periods results in Riba al-Nasi’ah, which refers to delay and deferring in currencies.  Riba is categorically prohibited in the Qur’an. Another non-compliance issue in cross-currency swaps is the contractual agreement to exchange the notional amounts at maturity. The AAOIFI Sharia Standard No.1 on Trading Currencies states:

2/2 It is prohibited to enter into forward currency contracts. This rule applies whether such contracts are effected through the exchange of deferred transfers of debt or through the execution of a deferred contract in which the concurrent possession of both of the countervalues by both parties does not take place.

Another prohibitive element in currency swaps is the existence of Gharar or uncertainty. Gharar refers to an essential element of the transaction remaining uncertain, which significantly increases the probability of dispute in the future. Hence if the selling price, the subject matters or the payment/delivery dates are ambiguous, then the transaction is not Shariah compliant due to the presence of Gharar. In currency swaps, the outcome and amount that is to be paid from the party paying a floating rate is unknown, and therefore are not Shariah compliant

Before the paper presents an alternative to cross currency swaps, the paper outlines the main principles of trading in fiat currencies. The paper begins with outlining the nature of fiat money. The AAOIFI Standards consider fiat currencies to be a new breed of currencies which are in the same category as gold, silver. Fiat money is deemed to be Thaman Haqīqī (real money) and as a result, shares the same rulings as commodity money such as gold and silver. This is because free-floating fiat currencies have replaced gold and silver as a medium of exchange and are considered to be money today. As a result, the rulings of Sarf (money exchange) applies to fiat money also. Some key principles include:

Shariah scholars have proposed an alternative structure to generate cash flows which are similar to a conventional currency swap, but within a Shariah compliant framework. The structure is to use reciprocal Murabahah transactions, whereby the parties enter into Murabahah contracts (a Primary (Term) Murabahah and a Secondary (Reverse) Murabahah) to sell Shariah compliant assets (often London Metal Exchange traded metals, such as palladium and aluminium) to each other for immediate delivery but on deferred payment terms. 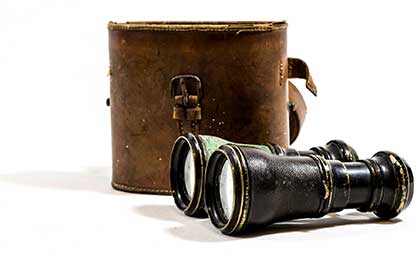