This paper looks at a popular income generation procedure in the DeFi world known as staking. In the process of the research, we identify that the word ‘staking’ seems to be used in three ways in the crypto markets:

Considering the first use-case of the word staking described above, staking is an umbrella term used to denote the act of pledging your crypto-assets to a cryptocurrency protocol to earn rewards in exchange. Staking allows users to participate in securing the network by locking up tokens.

The key for any blockchain operation is to validation the transaction on the blockchain. This helps with the security and protects against double spending. It is what makes the entire system maintain itself. It is nodes who do this. A node is technically a computer or other electronic device running software. Nodes maintain either a full or partial copy of the blockchain and employ their computing power to confirm transactions. They confirm transactions through a consensus protocol, which involves nodes relaying information to one another.

Now, how does a node get selected to validate the block? They use special software designed for this function and of course, huge computing power. To make them selected for this task, they need to “vote”. That voting is done by staking and locking up tokens. Not all nodes have huge numbers of tokens, so they ask people to stake with them to vote. Token holders stake – by locking their tokens (note, these are not lent to the node and cannot be used by the node). Thereafter, if the node is selected and validates, the node shares the rewards with everyone.

There are generally two types of rewards that get distributed:

The Shariah discussion on staking is all on the presumption that the crypto itself is Shariah compliant. Depending on the staking set-up, the Shariah considerations could potentially be as follows:

In the scenario where Shariah compliant tokens are locked in one’s e-wallet and not used by anybody, and a person does the validation work, in this scenario, a potential suggestion for the Shariah model and the Shariah interpretation of the staking operation could be Ju’alah.

In this scenario, a potential suggestion for the Shariah interpretation is that the staking pool that is created among the participants is a Shirkat pool. The pool forms a Shrikat between the participants. Thereafter, there is a Shirkat al-A’mal relationship between the exchange and the pool of stakers. This is a service partnership where the partners will provide a service in lieu of payment. In a Shirkat al-A’mal, it is valid for one party to provide goods and assets which are not for trade, but to support the operations of the partnership

If tokens are ever transferred to another wallet and in another entity’s possession as custodians, and that entity does not spend the tokens nor forms a service partnership, then the tokens will be held as a Wadi’ah (safekeeping deposit).

If any staking operation ever operates in a manner where tokens are transferred or held in a wallet owned by another entity, who then use the tokens for their own purposes and have a liability to return the same amount on demand or after a fixed-term, then this will be a form of Qard (loan).

Any gain or compensation in such a scenario will be a form Riba and will not be permissible. 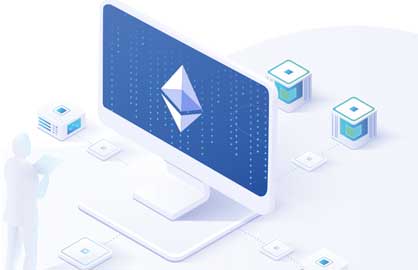 The key for any blockchain operation is to validate the transaction on the blockchain. This helps with the security and protects against double spending. It is what makes the entire system maintain itself.