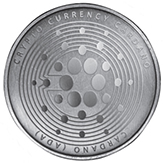 Cardano is a public, open source blockchain for building and running smart contracts and other decentralized protocols. The project was built from the ground-up by a team led by Charles Hoskinson, a co-founder of Ethereum. Cardano is part of the so-called third generation in blockchain technology, which includes platforms like Polkadot and Cosmos. Aside from scalability, third generation platforms like Cardano also seek to address interoperability and sustainability issues that plagued the earlier generations. Blockchain interoperability means the ability to access and see the information across various other blockchain systems. For example, from the earlier generation blockchains, IOTA enhances payments on the Internet of Things, VeChain strengthens supply chain management while Stellar brings convenience to people when it comes to global payment network. But all these are limited and confined to their own blockchains. Therefore, the cross-chain technology feature of blockchains is deemed very important for long-term sustainability of decentralized systems – which was clearly absent in the earlier blockchain generations.

ADA is a digital exchange of value. Any user, located anywhere in the world, can use ADA as a secure exchange of value – without requiring a third party to mediate the exchange. Cardano network claims that every transaction is permanently, securely, and transparently recorded on the Cardano blockchain.

Every ADA holder also holds a stake in the Cardano network. ADA stored in a wallet can be delegated to a stake pool to earn rewards – to participate in the successful running of the network – or pledged to a stake pool to increase the pool’s likelihood of receiving rewards. In time, ADA will also be usable for a variety of applications and services on the Cardano platform.

Circulating Supply: 32,040,000,000 ADA
Total Supply: 45,000,000,000 ADA
Issued by: IOHK
IOHK is the software engineering and technology company responsible for building Cardano. Charles Hoskinson is the founder of IOHK and began the development of Cardano.

The Cardano blockchain is stratified into two layers, the Cardano Settlement Layer (CSL) and the Cardano Computational Layer (CCL), which separates Cardano from the regular smart contract platform. Ethereum runs a single-layer architecture, which has seen it experience network congestion, slow transaction speed and high gas fees. Cardano seeks to address these issues through the CSL and CCL.

“Unlike bitcoin and dogecoin, Cardano uses a Proof-of-Stake
(PoS) algorithm rather than Proof-of-Work to verify transactions.

Its CSL layer facilitates peer-to-peer transactions such as tokens transfer between users. The CSL is Cardano’s balance ledger. Using a proof-of-stake consensus algorithm (Ouroboros protocol) to generate new blocks and confirm transactions, Cardano seeks to improve Bitcoin’s proof-of-work protocol. The CCL layer is where Cardano claims to distinguish itself. The CCL powers the computational needs of the blockchain, enabling the execution of smart contracts.

This layer is operated separately from the settlement layer to afford flexibility if the need for changes arises. It’s off-chain protocol allows it to offer greater data storage flexibility and an access model that lets users create customized rules when validating transactions.

IOHK, has been slowly adding features to the network after testing and peer review. According to the CEO Charles Hoskinson announcement, Cardano will be rolling out its Alanzo testnet, which will allow the cryptocurrency to do smart contracts opening the blockchain to development of Dapps. This will bring it in line with the likes of Ethereum and other projects which are competing for developers attention. This (at the time of writing) is expected by end of August 2021. The final stages of the development will be focused on scaling and on-chain governance issues, the timeline of which is yet to be announced.

When you stake your ADA, you are actually staking your Cardano address. This means you can’t choose how much to delegate to the pool. It is all of your Cardano balance or nothing since you are staking your address to the pool. You can still perform normal transactions whilst your ADA is staked. When it is time to receive your rewards, a snapshot will be taken and your current balance at that time will be used to calculate your reward. 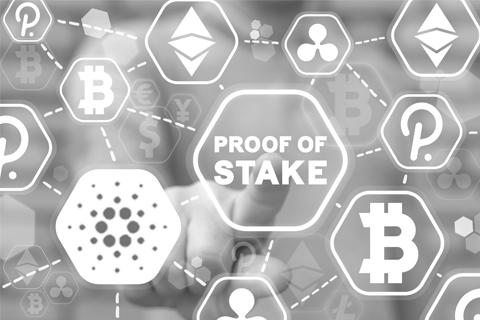 Unlike bitcoin and dogecoin, Cardano uses a Proof-of-Stake (PoS) algorithm rather than Proof-of-Work to verify transactions.
Cardano holders can stake their ADA into nodes, or pools, that may be selected to produce a block for the Cardano blockchain. The more ADA a pool has staked, the more likely this is. When this happens, stakers are rewarded with ADA depending on how much they delegated to the pool. It’s also worth noting that when ADA is staked, it doesn’t leave your wallet, nor is it locked up in the pool.

By allowing ordinary participants to lock their stake and the protocol to use these holdings to randomly validate blocks as opposed to miners using high energy cost hardware to compete for them, a higher level of scalability can be achieved, while keeping the blockchain decentralized. Instead of relying on the hash rate produced by individual miners to determine who validates a block, PoS determines it by the number of tokens a participant is staking.

Buying/Owning/Investing in ADA: Direct Buying/Selling: Tokens and cryptocurrencies such as ADA can be bought, sold or held on Trading platforms.

Owning: Once ADA tokens are bought from exchanges, they can either be left on the exchange in your account or transferred to a digital wallet.

Crypto-Funds: Investment companies like Greyscale provide digital currency exposure to investors through its Trusts and Funds. One can have exposure to Cardano by buying units of Greyscale Trust funds which recently added ADA, the native token of Cardano to its Digital Large Cap Fund.

Earning ADA by staking ADA: Staking involves validators who pool their ADA so they can be randomly selected by the protocol at specific intervals to create a block. Since you have to stake your ADA in order to validate transactions and create new blocks, one can lose it if they try to cheat the system.

Cardano (ADA) is a public, open source blockchain for building, running smart contracts and other decentralized protocols. ADA is a digital exchange of value allowing users, located anywhere in the world, use ADA as a secure exchange of value – without requiring a third party to mediate the exchange. Cardano network claims that every transaction is permanent, secure, and transparent recorded on the Cardano blockchain. Every ADA holder also holds a stake in the Cardano network. ADA stored in a wallet can be delegated to a stake pool to earn rewards – to participate in the successful running of the network – or pledged to a stake pool to increase the pool’s likelihood of receiving rewards. Considering this, ADA serves a valid utility in the Cardano network to transfer value and facilitate voting for the protocol. These utilities are Shariah compliant and as such, ADA can be deemed Shariah compliant.