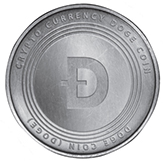 Dogecoin (DOGE) is based on the popular “doge” Internet meme and features a Shiba Inu on its logo. The open-source digital currency was created by Billy Markus from Portland, Oregon and Jackson Palmer from Sydney, Australia, and was forked from Litecoin in December 2013. Dogecoin’s creators envisaged it as a fun, light-hearted cryptocurrency that would have greater appeal beyond the core Bitcoin audience, since it was based on a dog meme. Tesla CEO Elon Musk posted several tweets on social media that Dogecoin is his favorite coin.

Dogecoin (DOGE) was created by Jackson Palmer in 2013, as a joke playing on the “doge” Shiba Inu meme. After several years of being inactive, the foundation was relaunched in 2021 with a “renewed focus on supporting the Dogecoin Ecosystem community and promoting the future of the Dogecoin Blockchain.”

Dogecoin has been used primarily as a tipping system on Reddit and Twitter to reward the creation or sharing of quality content. You can get tipped Dogecoin by participating in a community that uses the digital currency, or you can get your Dogecoin from a Dogecoin faucet. A Dogecoin faucet is a website that will give you a small amount of Dogecoin for free as an introduction to the currency, so that you can begin interacting in Dogecoin communities.

Dogecoin was built using the proof-of-work hashing algorithm Scrypt (based on Litecoin), which is largely performed by GPU cards. Dogecoin borrowed the scrypt-based proof-of-work (PoW) consensus algorithm used by the now-defunct Luckycoin, which borrowed much of its own technology from Litecoin.

Dogecoin operates using a process called “auxiliary proof of work”, meaning crypto miners can work on certain other proof-of-work cryptocurrencies, primarily Litecoin, and also mine Dogecoin at no extra cost. In Dogecoin’s system, as well as other proof-of-work coin systems, miners compete to see who can solve complex mathematical problems to validate transactions the quickest in order to earn coins. For each Dogecoin block mined, miners earn 10,000 Dogecoins.

PoW mechanisms create consensus using a network of computers that run the software. This allows anyone with a valid computing device and an internet connection to dedicate computing resources to become a validator on the Dogecoin network. In exchange, validators receive mining rewards in the form of additional Dogecoin. The PoW mechanism also ensures Dogecoin offers quick transactions and low fees, which contributed to its adoption by cryptocurrency enthusiasts.

For most of its existence, Dogecoin was generally considered to be an amusing “memecoin” beloved by its community — but with relatively little value. That changed in 2021: as of April, Dogecoin became one of the ten biggest cryptocurrencies by market cap — with a total value that has topped $50 billion, even though each individual coin is worth pennies

“The PoW mechanism also ensures Dogecoin offers quick
transactions and low fees, which contributed to its adoption by cryptocurrency enthusiasts.

Like any other asset, the market assigns DOGE a value based on supply and demand. Given the vast and ever-growing supply, demand has had to surge enormously to drive values as high as they’ve been recently. That happened in the first months of 2021, when prices soared around 7,000 percent — driven by retail investors on Reddit (including the wallstreetbets subreddit that sparked the “memestock” craze) working together to push prices up, the broader crypto boom, and months of seemingly tongue-in-cheek tweets by Tesla founder Elon Musk punctuated by his appearance on Saturday Night Live in May 2021.

Fast-rising DOGE prices in 2021 attracted considerable media attention (as well as social media posts) — which for a time created a cycle that attracted more investors and further increased prices. Whenever an asset sees such dramatic gains, FOMO (or “fear of missing out”) brings waves of new traders into the fold. DOGE remains a highly volatile cryptocurrency, however, and like any investment there is no guarantee that it will go up or down in the future.

Although the current market cap of Dogecoin makes it attractive, financials alone are not conclusive or even indicative of Shariah compliance or Shariah-encouraged activity. The derivatives markets trade in volumes of billions, yet they are not Shariah compliant. It is among the primary principles of Shariah that only an asset that has a bona fide benefit and utility is traded. The Maliki scholar Imam Ibn al-Arabi (rahimahullah) mentions that an asset worthy of transacting and trading is that asset which people genuinely aspire, which is capable of being used for a genuine purpose and it is lawful to use from a Shariah perspective. The Shafi’i Imam al-Zarkashi (rahimahullah) states that an asset in Shariah is that which has utility and benefit. The illustrious Hanafi jurist Ibn Nujaym (rahimahullah) quoting from al-Hawi al-Qudsi states a similar principle that assets have been created for the benefit of mankind. The great Hanbali jurist Imam al-Mardawi (rahimahullah) states that assets that are lawful in Islam are those which have a Shariah compliant and valid use case. These descriptions stem from a Shariah concept known as Mal. Mal is that thing which people incline towards. Generally, reasonable people are only inclined towards something when they perceive a benefit therein. And that is the essence of Mal, something that benefits. Anything that is beneficial and has a clear, Halal utility is Shariah compliant. Anything that doesn’t have a utility or does not have a Halal benefit, then it is not Shariah compliant.

It is very common in the crypto space to have tokens created to serve as a ‘currency’. Many such tokens state that they are currencies or payment tokens. In many instances, such tokens serve no such purpose. The use of ‘currency’ as a utility is very popular, but such tokens do not generally function as such from a Shariah perspective. There are thousands of such cryptos, whose tokenomics and fundamentals are questionable, the assets are hyped, and prices are typically driven by FOMO (fear of missing out), with some even manipulated through pump and dump schemes. Many a time, such assets anticipate a major price correction.

It is not possible to give any concrete ruling on such matters, and only opinions can be issued at best. However, there are concerns of whether Dogecoin has any real utility from a Shariah perspective and whether it is the subject of manipulation. What starts of as a meme and is hyped by influencers has a Shariah question on the substance and Maliyya (Shariah-based properties). As such, it is best to avoid Dogecoin given its history.