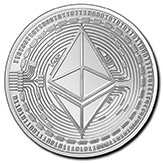 Ethereum, released in 2015, embraces an open-source software platform that developers can use to create cryptocurrencies and other digital applications. Ethereum is a decentralised blockchain network powered by the Ether token that enables users to make transactions, earn on their holdings through staking, use and store non-fungible tokens (NFTs), trade cryptocurrencies, play games, use social media and so much more.

The platform allows anyone to deploy permanent and immutable decentralized applications onto it, with which users can interact. These are commonly referred to as Decentralized finance (DeFi) applications. They provide a broad array of financial services without the need for typical intermediaries like brokerages, exchanges, or banks, such as allowing cryptocurrency users to borrow against their holdings or lend them out for interest. Ethereum also allows for the creation and exchange of NFTs, which are non-interchangeable tokens connected to digital works of art or other real-world items and sold as unique digital property. Additionally, many other cryptocurrencies operate as ERC-20 tokens on top of the Ethereum blockchain and have utilized the platform for initial coin offerings.

Ethereum has started implementing a series of upgrades called Ethereum 2.0, which includes a transition to proof of stake and aims to increase transaction throughput.

Ethereum 2.0 is a set of interconnected upgrades that will make Ethereum more scalable, more secure, and more sustainable. Part of that solution is in the proof-of-stake (PoS) consensus, a core feature of Ethereum 2.0. Instead of mining, which is energy-intensive, Ethereum 2.0 marks the move to a PoS consensus algorithm. Proof-of-stake replaces miners with validators, users who store the Ethereum blockchain, validate transactions and more. They’re essentially another form of nodes.

“Gas is the unit of measurement used to
represent the cost of running operations on Ethereum.”

To become a full validator, one must stake a minimum of 32 ETH, at least during the early period of Ethereum 2.0. By leaving a computer connected to the network, validators earn ETH as a reward for their efforts. The idea is that those who stake their ETH have the best network intentions in mind and will do whatever they can to ensure its success. Plus if a validator fails to participate or tries something malicious, they can lose said ETH.

Staking is what is needed for someone to become a validator in a proof-of-stake system. This is a consensus mechanism that is going to replace the proof-of-work system currently in place. Consensus mechanisms are what keep blockchains like Ethereum secure and decentralized.

Validator will be responsible for storing data, processing transactions, and adding new blocks to the blockchain. This will keep Ethereum secure for everyone and earn validator new ETH in the process. This process, known as proof-of-stake, is being introduced by the Beacon Chain.

Rewards are given for actions that help the network reach consensus. Validators will get rewards for batching transactions into a new block or checking the work of other validators because that’s what keeps the chain running securely.

Note: Validators are chosen at random to create blocks and are responsible for checking and confirming blocks they don’t create. Although validators earn rewards for doing work that benefits the network, validators can also lose ETH for malicious actions, going offline, and failing to validate.

Ethereum’s native cryptocurrency is called Ether (trading ticker is ETH), while Ethereum actually refers to a specific blockchain technology, the decentralized distributed electronic ledger that keeps track of all transactions. Ledgers are the foundations of cryptocurrency transactions.

When you send ETH or use an Ethereum application, you’ll pay a small fee in ETH to use the Ethereum network. This fee is an incentive for a miner to process and verify what you’re trying to do. Transaction times are faster when compared to those for Bitcoin and it also provides access to a number of decentralized applications (dApps) enabling developers to create new online tools.

In Ethereum, ether can be used for the following things:

Gas itself does not “exist.” In other words, it cannot be owned; one cannot have a “gas token.” Rather, the value of each unit of gas is expressed in ETH. For instance, an operation might cost 3 gas, which could be equivalent to 0.00004 ETH. The computational energy needed to perform a specific transaction, however, remains constant. The gas cost of running an “addition” operation on Ethereum. The concept of gas, therefore, exists to separate the computational cost of running an operation from the market value of ether.

Using smart contracts and using Ethereum apps requires money in the form of ether, Ethereum’s native token. Ether is needed for doing just about anything on Ethereum, and when it’s used to execute smart contacts on the network it’s often referred to as “gas.” The ether can be used to call smart contracts: For example, a contract could trigger a post on Twitter (or an alternative), or it could trigger an account to begin borrowing coins on an Ethereum-based lending platform. Ethereum uses accounts to store the ether, analogous to bank accounts. There are two types of accounts:

Calling smart contracts isn’t free. Each transaction costs some ether, which increases depending on how much computation the transaction is using.

The platform allows anyone to deploy permanent and immutable decentralized applications onto it, with which users can interact. These are commonly referred to as Decentralized finance (DeFi) applications. Ethereum is also used to develop smart contracts with ether being central to all these services and utilities. Like bitcoin, ether can be used for payments, be exchanged with users, and just like cash the payment doesn’t require a third party to process or approve it. Ether is required in order to be used by decentralized apps (dapps) build on Ethereum blockchain. From staking ERC-20 tokens for yield farming to completing functions such as governance voting, every Ethereum action – from payments to using dapps – requires a fee, which is paid in Ether. Ethereum provides an environment to develop and execute smart contracts, and that environment has its own medium of exchange and gas for it to operate. As such, Ether is used for various lawful use cases and therefore its utility is Shariah compliant.