The market for CDS has experienced explosive growth in the past. Credit default swaps have existed since the early 1990s and the market increased tremendously starting in 2003. By the end of 2007, the outstanding amount was $62.2 trillion, falling to $38.6 trillion by the end of 2008. The recent crisis has revealed several shortcomings in CDS market practices and structure.

In explaining CDS, the paper explains that they are a type of contract that offers a guarantee against the non-payment of a loan. In this agreement, the seller of the swap will pay the buyer in the case of a credit event (default) by a third-party. If no default occurs, the seller of the swap will have collected a premium from the buyer. Thus, this swap contract involves the buyer of a CDS making a series of payments to the seller and, in exchange, receives a payoff if a credit instrument – typically a bond or loan- goes into default (fails to pay). Less commonly, the credit event that triggers the payoff can be a company undergoing restructuring, bankruptcy or even just having its credit rating downgraded. CDS contracts have been compared with insurance, because the buyer pays a premium and, in return, receives a sum of money if one of the events specified in the contract occur

A CDS is the most highly utilised type of credit derivative. In its most basic terms, a CDS is similar to an insurance contract, providing the buyer with protection against specific risks. Most often, investors buy credit default swaps for protection against a default, but these flexible instruments can be used in many ways to customize exposure to the credit market. CDS contracts can mitigate risks in bond investing by transferring a given risk from one party to another without transferring the underlying bond or other credit asset. Prior to credit default swaps, there was no vehicle to transfer the risk of a default or other credit event, from one investor to another.

A CDS typically works in the following manner:

In enumerating the reasons why people contract in CDS, the paper explains three principle reasons. A CDS contract can be used as a hedge or insurance policy against the default of a bond or loan. The second use is for speculators to “place their bets” about the credit quality of a particular reference entity. With the value of the CDS market, larger than the bonds and loans that the contracts reference, it is obvious that speculation has grown to be the most common function for a CDS contract. If a company’s financial position improves, the credit rating should also improve and therefore, the CDS spread should fall to reflect improved rating. This makes CDS more attractive to sell CDS protection. If the company position deteriorated, CDS protection would be more attractive to buy. Arbitrage could occur when dealers exploit any slowness of the market to respond to signals

The paper outlines several reasons as to why CDS are non-compliant. There are multiple issues with CDS which breach Shariah principles and make CDS non-compliant financial instruments:

CDS have an element of Riba in the contracts. CDS are bilateral commercial transactions, i.e. there is an exchange of money from both parties to the transaction in the case of a claim, and this exchange of monies is generally unequal, would amount to clear interest. Another aspect which makes CDS non-compliant with Shariah is Maysir or gambling. Although CDS are not literally gambling, the structures of CDS contracts make them akin to gambling. This is because; the protection buyer may never have any claims and therefore never receive any “consideration” for payments made. Another element in CDS which makes these financial instruments impermissible from the Shariah perspective is the aspect of Gharar or uncertainty. The Prophet Muhammad (peace be upon him) prohibited bay’ al-gharar (uncertainty) (Sahih Muslim). The scholars of hadith state that this narration refers to trades harnessing major uncertainty as well as the actual trading and transfer of risk. Another issue with CDS is the nature of the transaction. It is an obligation on the debtor to repay the debt and the creditor is encouraged to grant respite when there is a genuine reason for default.

In describing an alternative to CDS, the paper takes a principled approach and states that an alternative to the current financial system must be founded on risk-sharing instead of risk-shifting as a basis for sustainable finance. In simple terms, credit default sharing is an agreement between cooperative banks for hedging default risk based on the principles of risk-sharing and Takaful, which means guaranteeing one another. Banks are the policyholders for protection. The paper proposes a model where in banks group together to develop a guaranty fund that represents all cooperative banks. Each bank should pay a variable sum of money in the form of a donation depending on the degree of risk in each bank’s portfolio (without recovery). The guaranty fund would function as a clearinghouse that becomes the counterparty to all trades. The fund can select credit (through a screening process), as well as diversify and manage the credit risk of the total credit portfolio through membership criteria based on minimum capital requirements for cooperative banks (in the form of a donation). The guaranty fund would prevents cooperative banks from facing additional exposures to the total credit portfolio and special margin calls depending on the degree of risk. 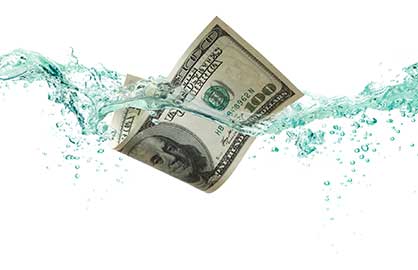 The last crisis revealed several shortcomings in CDS market practices and structure. At the same time, the need for financial institutions to hedge their risks and exposures has also become critical.