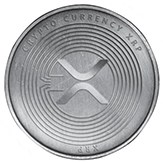 Ripple is a company focused on advancing the world of payments. Multiple branches and solutions exist under the Ripple brand umbrella — RippleNet, the XRP Ledger, the XRP coin and RippleX. XRP is the native asset of the XRP ledger, a blockchain originally developed in 2011 by developers David Schwartz. While XRP and Ripple are intrinsically linked, it’s important to note that they operate as two distinct entities. Ripple is a fintech company that builds global payment solutions while XRP is an independent digital asset that can be used for microtransactions, remittance and online payments.

RippleNet is a global network that financial institutions can use to transfer money more quickly, with greater transparency and at less cost through a unified system. RippleNet requires the use of just one application programming interface (API). Ripple formerly also had products called xRapid, xCurrent and xVia, although the company combined those solutions to form RippleNet in 2019.

“Anyone can be a validator, and active validators on the
ledger today include universities, exchanges and financial institutions.

RippleX serves as a platform touting blockchain-based solutions that interested parties can use for their various value-transfer-based use cases. The platform looks to serve as an easier method for harnessing blockchain-based solutions, as opposed to interested parties building their own solutions from scratch. RippleX utilizes the XRP Ledger and aims for simplicity in terms of mainstream compatibility. There are two other protocols that exist under RippleX – Interledger helps with payments compatibility when multiple different systems are involved and PayString works to simplify payment addresses.

Ripple developed the XRP ledger to facilitate cross-border payments between banks around the world. The ledger is a permissionless network of peer-to-peer servers that powers XRP operations. XRP is the native token and is intended to act as a “bridge” between hard-to-match fiat currencies. So if, for example, there are no market makers on the network willing to trade shekels for shillings, one can sell the former for XRP and then use it to buy the latter. XRP can be sent directly without needing a central intermediary, making it a convenient instrument in bridging two different currencies quickly and efficiently. RippleNet customers can use XRP to bridge two currencies in as little as three seconds, ensuring payments are quickly sent and received in local currency on either side of a transaction.

XRP is also used to provide on-demand liquidity (ODL) for Ripple’s flagship RippleNet service – a global payments network of financial institutions that was originally three separate products prior to 2019: xCurrent ( a real-time settlement solution), xRapid (a liquidity solution) and xVia (a payment API.)

Other use cases of the XRP

The ledger is maintained by independent participants of a global “XRP Community,” of which Ripple is an active member. Independent validator nodes come to an agreement on the order and validity of XRP transactions. This agreement, called consensus, serves as final and irreversible settlement. The ledger reaches consensus on all outstanding transactions every 3-5 seconds, at which point a new ledger is issued. Anyone can be a validator, and active validators on the ledger today include universities, exchanges and financial institutions. There are currently 36 validators, and Ripple runs 6 of them—16%. Operating as a validator is an option for any entity. While PoW blockchains produce blocks — compartmentalized segments of the overall chain that each include certain information — the XRPL produces “ledgers.” Every ledger holds information such as data tying it to the former ledger in the chain, account totals and more. Transactions and network alterations must achieve agreement from a certain number of validators.

It takes between three to five seconds for the XRP Ledger to confirm each block (ledger) — completing transactions. A small amount of XRP – about 10 drops (a unit of XRP) worth 0.00001 XRP – is destroyed to cover transaction fees. The transaction cost is designed to increase along with the load of the network to disincentivize using the network during busy periods. All XRP transactions are executed and settled on the ledger.

The original founders pre-mined (created before the project’s launch) one hundred billion XRP tokens in 2012. Ripple retained 80 billion tokens to fund future operations and development, whilst the founders divided the remaining XRP between them. Unlike bitcoin and other mined cryptocurrencies, where new coins enter the market in the form of block rewards, XRP enters circulation whenever Ripple decides to sell coins from its pre-mined stash on the secondary market.

The XRP ledger uses the Ripple Consensus Algorithm, which differs from proof-of-work and proof-of-stake mechanisms in that network participants are known and trusted by other participants. Unlike miners, they are not rewarded for securing the network. Once validators agree, a new block – a “ledger version” – is created and validated. The block’s content cannot be changed. This allows servers in the network to store a complete history of the ledger state.

The XRP Ledger is an open-source blockchain on which the XRP coin runs. XRP is the native asset of the XRP Ledger. Ripple developed the XRP ledger to facilitate cross-border payments between banks around the world. The ledger is a permissionless network of peer-to-peer servers that powers XRP operations. XRP is the native token and is intended to act as a “bridge” between hard-to-match fiat currencies. As such, the XRP token has a Shariah compliant utility and can be deemed Shariah compliant.