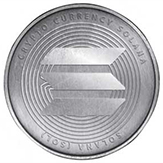 The Solana (SOL) platform was founded back in 2017 by Anatoly Yakovenko. It is a crypto computing platform that aims to achieve high transaction speeds without sacrificing decentralization. It employs a bundle of novel approaches, including the “Proof of History” mechanism. Solana is a web-scale blockchain that provides fast, secure, scalable, decentralized apps and marketplaces. The system currently supports 50,000 TPS (Transactions per second) and 400ms Block Times.

Solana is both a cryptocurrency and a flexible platform for running crypto apps — everything from Degenerate Apes to the Serum decentralized exchange (or DEX). Its major innovation is speed, via a bundle of new technologies including a consensus mechanism called proof of history. Solana can process around 50,000 transactions per second.

Solana’s native cryptocurrency is SOL, which is used to pay transaction fees and for staking. It also gives holders the right to vote in future upgrades. SOL is Solana’s native cryptocurrency, which works as a utility token. Users need SOL to pay transaction fees when making transfers or interacting with smart contracts. The network burns SOL as part of its deflationary model and its holders can also become network validators. Like Ethereum, Solana allows developers to build smart contracts and create projects based on the blockchain. SOL uses the SPL protocol which is the token standard of the Solana blockchain, similar to ERC20 on Ethereum.

“The Solana team has developed eight core technical features to help the
blockchain match the capabilities of a centralized system.

The SOL token has two main use cases:

Paying for transaction fees incurred when using the network or smart contracts.
Staking tokens as part of the Proof of Stake consensus mechanism.

DApps building on Solana are also creating new SOL use cases. For example, Chainvote is creating a (decentralized finance) DeFi voting app for corporate governance using SOL tokens to vote. Solana’s price saw an almost 30 times increase in the first two quarters of 2021, making it a popular pick with investors and speculators.

The Solana team has developed eight core technical features to help the blockchain match the capabilities of a centralized system. Proof of History is perhaps the most notable one, but there are also:

These features create a high-performance network that has 400ms block times and operates thousands of transactions per second. 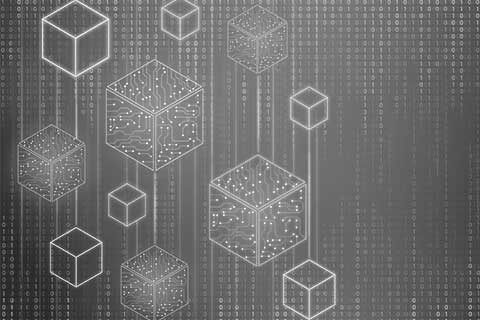 As one of the most performant permissionless blockchains in the world, the network has 200 physically distinct nodes supporting a throughput of more than 50,000 TPS when running with GPUs. One of the biggest challenges with distributed systems is the agreement in time. Unlike Bitcoin that uses the PoW algorithm as a decentralized clock for the system, Solana uses a Proof of History method. With Proof of History, you are able to create historical records that prove that an event occurs during a specific moment in time. The algorithm is a high frequency Verifiable Delay Function. This function requires a specific number of sequential steps to evaluate.

By ordering the transactions in a chain of hashes, validators process and transmit less information in each block. Using a hashed version of the latest state of transactions greatly reduces the time of confirming a new block.

It’s important to understand that Proof of History is not a consensus mechanism. It is instead a way of improving the time spent confirming the order of transactions. When combined with proof of stake, selecting the next validator for a block is much easier. Nodes need less time to validate the order of transactions, meaning the network chooses a new validator quicker.

Solana is a platform used for several objectives. It displays a new structure for verifying transactions and a more efficient consensus algorithm. Being a computing platform that can interact with smart contracts, it powers a wide range of applications. From a Shariah compliance perspective, Solana is just digital infrastructure. The use case and its usability will depend on the end user. But the infrastructure provides services and utilities which are Shariah compliant. Additionally, the utility of the SOL token does not violate any Shariah principles and hence, the SOL token is acceptable.

Source 1: What Is Solana (SOL)?
Source 2: A New Blockchain Architecture