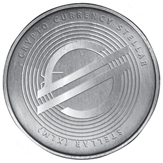 Stellar is an open-source network optimized for payments and asset issuance. On Stellar, a person can create, send, and trade digital representations of all forms of value — U.S. dollars, Argentine pesos, Bitcoin, real estate, pretty much anything.

Stellar uses blockchain technology to allow users to transfer funds quickly and at a very low cost. The payment network does not show preference to any national currency; instead, the network has its own native cryptocurrency, Stellar Lumens.

Although many types of cryptocurrencies are intended to replace current financial systems, that isn’t the case with Stellar. It’s designed to enhance the world’s financial systems by providing a single network where they can all work together.

How Stellar is used

For individuals, there are a couple of ways to use Stellar. Stellar apps and third-party services acting as network anchors give users an easy way to transfer funds to someone else, no matter where they live. You can also use it to purchase digital versions of different currencies — a valuable option for people in countries that don’t have a strong national currency and want to use another currency for their savings.

Gateways). These entities accept deposits of currencies and assets, and issue new representations of these assets on Stellar. Anchors then establish the requirements Stellar users need to meet to hold the assets. They can also revoke user access to assets.

Anchors represent trusted entities that can be in charge of peoples’ deposits and hand out credits into the blockchain. The anchors function as the bridge between different digital assets and the Stellar blockchain.

Stellar has a ledger that it uses to track ownership of all the accounts and crypto tokens on its network. It maintains the ledger and processes transactions with its own unique algorithm, the Stellar Consensus Protocol.

The Stellar ledger stores every account’s balances and operations (what they want to do with their funds). For example, an account could have a balance of 1,000 XLM and 100 U.S. dollar tokens and a pending operation to send 100 XLM to another account.

All balances and operations are broadcast to the entire network every five seconds. Transactions are validated by computers that run the core Stellar software, which are called nodes. For each pending transaction, the nodes verify that the correct amount is transferred.

“There are nodes around the world, and anyone can make their computer a node by installing the Stellar software. Their computer will then become part of the consensus process.”

With the system it has set up, Stellar is able to process transactions within five seconds. The transaction fee is 0.00001 XLM — a small fraction of a penny at today’s prices. (The fee can rise when network activity is high, but it will still be quite cheap.)

Accounts on the Stellar network can be used to track, hold, and transfer any type of asset. Assets can represent many things: cryptocurrencies (such as bitcoin or ether), fiat currencies (such as dollars or pesos), other tokens of value (such as NFTs), pool shares, or even bonds and equity.

Assets on Stellar have two identifying characteristics: the asset code and the issuer. Since more than one organization can issue a credit representing the same asset, asset codes often overlap (for example, multiple companies offer a USD token on Stellar). Assets are uniquely identified by the combination of their asset code and issuer.

The Stellar token is called Lumen (XLM). The use cases of Lumens are as follows:

Stellar as a network is an open-source tool, and therefore the program’s source code can be modified by developers. Due to its open-source nature, the activities on Stellar should be reviewed at a user level as opposed to a platform level. At present, the Stellar platform can facilitate any type of transaction, compliant or otherwise. Therefore, a Sharia governance framework cannot be applied to Stellar as a platform, rather guidance and governance can be given to developers looking to use the platform.

In relation to Lumens, they are acceptable from a Sharia perspective to purchase and use, on condition that they are not a tokenisation of non-compliant assets. Lumens can also be used as a bridge currency for cross-border payments.