Mastering The Logic of Sharia Principles in Futures and Forwards

A Derivative is a financial instrument whose value is derived from an underlying asset or group of assets. They are a contract between two or more parties. The value of this contract depends on changes in the value of the asset that the derivative’s value is derived from. Derivatives enable parties to trade specific financial risks – such as interest rate risk, currency, equity and commodity price risk, and credit risk – to other entities who are more willing, or better suited, to take or manage these risks, typically, but not always, without trading in a primary asset or commodity. The risk embodied in a derivatives contract can be traded either by trading the contract itself, such as with options, or by creating a new contract which embodies risk characteristics that match, in a countervailing manner, those of the existing contract owned.

A forward contract is a private agreement between two parties giving the buyer an obligation to purchase an asset (and the seller an obligation to sell an asset) at a set price at a future point in time. The assets often traded in forward contracts include commodities like grain, precious metals, electricity, oil, beef, orange juice, and natural gas, but foreign currencies and financial instruments are also part of today’s forward markets.

Futures and forwards both allow people to buy or sell an asset at a specific time at a given price, but forward contracts are not standardised or traded on an exchange. They are private agreements with terms that may vary from contract to contract. Also, settlement occurs at the end of a forward contract. Futures contracts settle every day, meaning that both parties must have the money to ride the fluctuations in price over the life of the contract.

What is a Future Contract

A futures contract is a bilateral contract in which two counterparties agree to buy/sell an underlying at a predetermined price at a specified date in the future. Futures are traded on organised markets (exchanges), so they are standardised contracts.

Since the futures prices are bound to change every day, the differences in prices are settled on daily basis from the margin. If the margin is used up, the contracting party has to replenish the margin back in the account. This process is called marking to market. Thus, on the day of delivery it is only the spot price that is used to decide the difference as all other differences had been previously settled. Futures can be used to hedge against risk or speculate the prices.

In discussing why Shariah scholars object to Forwards and Futures contracts, the paper outlines the following:

This general prohibition has been prescribed to futures, where it is concluded that the sale of futures contracts, where the parties can offset their transactions by selling the ‘debts’ owed them to other parties before the delivery of the underlying asset, will amount to a sale of a debt and is therefore prohibited

The paper proposes some Shariah compliant contracts as alternatives to futures and forward contracts by proposing Bay’ Salam and the Wa’dan structure. Bay’ Salam is one potential contract. Bay’ Salam is a transaction where two parties agree to trade an underlying asset at a predetermined future date but at a price determined which is fully paid at the time of contracting. This is similar to a conventional forward contract however, the big difference is that in Bay’ Salam, the buyer pays the entire amount in full at the time the contract is initiated. Another potential Shariah compliant alternative to futures and forwards is a model using two independent unilateral promises (Wa’dan). Each promise is intended to be legally binding. If the parties use English law, each promise will be executed as deeds, making it legally enforceable. One party can make a unilateral promise to buy 10,000 bushels of soybean on x date at a forward price of $3.5/bushel if the price is less than $3.5/bushel. The seller can make a unilateral promise to sell 10,000 bushels of soybean on a specific date at a forward price of $3.5/bushel if the price is $3.5 or more. The concept and use of Wa’dan is still debated among Shariah scholars in the Islamic finance industry. 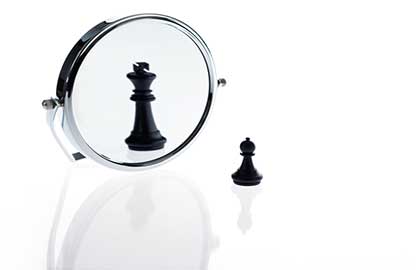